Bronwen Evans Has an INVITATION for You. Back to Blog

Update:  Thanks for all the comments! 🙂  The winner of AN INVITATION TO RUIN is…Ashley A! Congrats, Ashley!!

I love Brava books (and not just because I write for Kensington Brava). Long before I started writing for my publisher, I was an avid reader of Brava books. Each month, I would nab as many of those books as I could! So I am particularly happy to have another Brava author, Bronwen Evans, here at the party.  Bronwen, thanks for joining us! 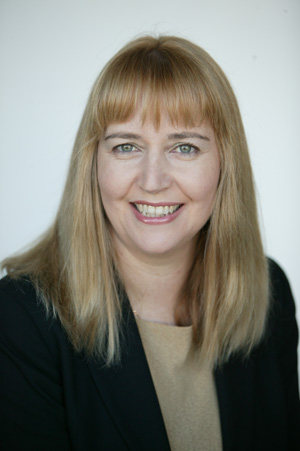 I love the Regency period. I’m fascinated by the pretense of respectability, when in fact most of the Ton had the morals of an alley cat. I also love the strong men and clever women depicted in Regency romances. It was hard for a woman to use her brain for much more than running a household. So the fact that they compete and win in such a male dominated world enthralls me.

Cynthia has kindly let me promote my Regency historical debut release, INVITATION TO RUIN. It’s quite a dark and gritty tale of love and forgiveness, involving England’s slave trade.

Here’s a fast-paced story filled with snappy dialogue, action and a tortured hero that will delight the reader as much as he delights the heroine. A strong heroine, some wonderful secondary characters and a villain who is truly evil help move the story forward. Readers will laugh and cry as they and the protagonists learn that your past does not necessarily dictate your future and that love heals all wounds.

Anthony Craven, the Earl of Wickham, aka The Lord of Wicked, is about to pursue his favorite pastimes, sin and vice. On his way to his assignation he winds up in the wrong room, that of Miss Melissa Goodly, a 21-year-old virgin. When they’re caught, Anthony has no choice but to marry Melissa. Many hope that this is just what Anthony needs to turn him from his current path of self-destruction. Anthony leaves Melissa on their wedding night. Each time they are in the same room Anthony’s attraction for his wife grows, but he has vowed to never father a child in order to end what he believes is the evil in the family bloodline. The only thing Melissa hopes for out of this marriage is a child. She is determined to break through Anthony’s icy reserve. When a dark shadow from Anthony’s past kidnaps Melissa, he might lose her before he has a chance to tell her that he has fallen in love with her. (BRAVA, Mar., 336 pp. $14.00)

One lucky commenter will win a signed copy of the book! 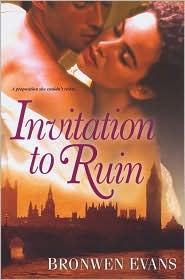 Read the excerpt below. There are more on my website. This piece is where Melissa, the heroine, needs money from Anthony, the hero, in order to buy the freedom of her best friend’s maid who is a slave.

…Melissa blushed. She wanted to tell Anthony about Theresa, but he’d taken over his father’s slave trading business. Although Anthony had closed down the firm after his father’s death, he’d still worked for his father. Anthony would likely think buying a slave’s freedom a waste of money, and she couldn’t risk him saying no. Not when Theresa’s life hung in the balance.

“I have a small debt that I raked up at Lady Humphrey’s last evening, and I am without funds.” Lady Humphrey, a renowned gambler, often held card evenings for the ladies of the ton since women could not openly visit gaming houses. “Her ladyship will expect the debt paid, and I’m sure you would not like the embarrassment of me having to plead insolvency.”

“Two hundred pounds.” Her words spilled forth without hesitation.

Jaw tight, he stalked towards her and halted in front of her. He jammed his hands on his hips and towered over her like Goliath. His face carved with fury. “Am I to expect this behavior will occur on a regular basis? I suppose like brother like sister.”

His eyes swept over her, his contempt making her feel ten inches small. “Everything is slowly becoming clearer. You agreed to Richard’s proposition to trap me in marriage, not just for your brother but for yourself as well.”

“Do not add more lies to the ones you’ve already spouted,” he growled. “You played me well. Let me see if I remember your words.” He tried to mimic her voice. “I won’t make you marry me. I want to marry for love.” He gave a hollow laugh. “You should be on the stage.”

She dropped her head. Waves of nausea rose up into her throat. It was pointless to argue, he’d never believe her.

“Since I am left in no position but to grant you this favor I shall call it your engagement gift.”

Her head jerked up. She whispered, “No. As you have already given me an engagement present, I would like to call this a loan against my allowance.”

“I think not.” A bitter smile twisted his lips. “This shall replace my previous present, which due to your underhandedness, I shall take back.”

Melissa slowly rose to her feet, shaking her head. “Don’t do this.”

“The choice is yours – the money or a promise not to bed your cousin.” He gave an ugly smile. “What makes it so interesting is I shall see what means more to you? Money or a faithful husband?”

The room spun. She reached out and grasped the back of the settee. He meant it. Bastard. She sucked in deep breaths. She had no choice. Her pride was nothing compared to Theresa’s life. “I shall take the money.”

His nostrils flared and his eyes hardened. “At last you are finally being honest. Now we know where we both stand.” He spun and marched toward the exit, saying, “I shall send the money to Lady Humphrey’s on your behalf – ”

“No.” Without thinking, she flew after him. She grabbed for his arm, but at the feel of his sinewy muscles, a jolt of awareness made her drop her hands to her side. “I would prefer to deliver the money myself. I would not like it known that I run to my husband to pay my debts.”

He halted and stood starring at her for what seemed like an eternity, then with a slight bow he said, “I shall have the money delivered here by lunchtime.”

She let out the breath she’d not known she was holding. “Thank you,” she whispered, but he had already left the room, and he was now free to bed Cassandra….

She sunk down onto the settee before her legs collapsed. Her hand moved to hold her stomach to stop herself from being sick. She’d really done it now. Anthony could not stand the sight of her, and in two days time she would have to stand before God and swear to love, honor and obey him…

My second book in the  INVITATION TO series is called INVITATION TO SCANDAL and will be released in May 2012. Snippets of the book are also on my website.

To be in the draw for a signed copy of INVITATION TO RUIN, simply leave a comment telling me who Anthony’s twin brother is. You’ll find the answer above and on my website.

This entry was posted on Tuesday, June 28th, 2011 at 7:00 pm and is filed under Romance. You can follow any comments to this entry through the RSS feed. Both comments and pings are currently closed.

77 responses to “Bronwen Evans Has an INVITATION for You.”