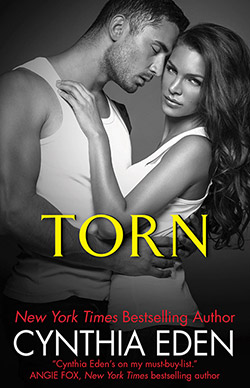 Forensic anthropologist Victoria Palmer has always been better with the dead than the living. Shutting down her emotions, she lets few people in. But then Victoria’s latest investigation takes her and agent Wade Monroe to Savannah, Georgia. Handsome, dangerous, and more than ready to play dirty on any case, Wade weakens Victoria’s aloofness with just one glance.

Wade knows their recent cases have pushed Victoria beyond her limits. But her skills are crucial to finding a college student who went missing five years ago. Victoria is able to determine she was murdered, and that the killer is still on the loose.

And when the vicious murderer targets Victoria, Wade must do everything in his power to protect her…because he refuses to let a woman he loves be torn from him…again.

“Viki?” A man’s hand flew through the elevator doors, activating the sensors and sending the doors flying back open. His deep, dark voice also vanished the nightmare that had tried to swirl around her.

Not a nightmare, though. Not really. Just a memory.

As the doors opened fully, Victoria squared her shoulders and pasted a false smile on her face.

Wade frowned back at her.

Wade… big, strong, dangerous Wade. He’d made her feel nervous from the moment they met.

He stepped inside the elevator. “You leaving for the day?”

“Yes.” Her voice came out too high. She cleared her throat.

“Me, too. Guess we’d better both get packed and ready.” He pushed the button for the bottom floor. The doors closed. They started to descend and—

And he hit the button to stop the elevator.

“What are you doing?” Victoria demanded. “You can’t just—”

“Stop the elevator?” One dark brow rose. “Sure I can.” His head cocked to the right. Wade was wearing jeans and a T-shirt. He was often casual, usually pulling off one of those rough and tough I-don’t-give-a-damn-vibes as he stalked around the office. She wished she could not give a damn, too.

He had his laptop bag slung over one shoulder, and she was sure that his case files were inside that bag, too. His arms were crossed over his chest as he studied her.

Victoria found herself backing up. In such a small space, retreat was pretty hard, but she still made a rather valiant effort.

His jaw hardened. “You don’t need to be scared of me. You should know that by now.”

Right. Dammit, she did know that. Victoria stopped retreating.

“What’s going on?” Wade’s voice softened. “And don’t say nothing, because it’s obvious that something is happening with you. You hardly talk to anyone lately. You didn’t want to go out into the field. Hell, you used to beg Gabe to send you out, but now—”

“That was before.” She hated the brittle sound of her own voice. “Before a twisted SOB kidnapped me, drugged me, stuffed me into a body bag, and then decided it would be ever so much fun to use his knife on me.” That case—it had changed everything for her.

His golden eyes darkened as he moved closer to her. Her shoulder bumped into the elevator’s back wall, a mirrored wall. She hated mirrors. Hated looking into them because she was always afraid of what she’d see staring back at her.

Wade’s hands rose, and for a moment real fear pulsed through her because she thought he was going to touch her, but…

He didn’t. His hands flattened on either side of her head and she eased out a quick breath.

When Wade touched her, her heart raced too fast. Her skin heated.

His touch makes me want him so badly. She’d thought the attraction was just on her side, but lately Wade had been staring at her with a gaze that seemed to burn.

Just like he was staring at her right now.

“I wish it had been me,” he gritted out. “I’m so sorry you went through that hell.”

Oh, Wade. You don’t know what hell is. I’ve been there more times than I can count. But that man who’d taken her… he’d forced her to see her past once more. He’d opened Pandora’s Box, and she couldn’t seem to close it, no matter what she did.

“Have you talked to someone?” Wade asked. While he hadn’t touched her, his body was still intimately close.

“Gabe set me up to see a counselor.” Like she hadn’t talked to one of those before—and hated the whole experience. She wasn’t the soul baring type. “He says I’m totally fine.” Actually, the guy hadn’t said anything of the sort, and Victoria had only visited him twice. Sharing just wasn’t her thing.

“He wants you in the field so that you can get past your fear.” Wade’s gaze searched hers. “But if you aren’t ready…”

His lips firmed. “You don’t have to lie to me.”

Yes, yes, I do. I have to lie to everyone. But she couldn’t very well tell him that.

I just need to get some control back. No, maybe what she needed was to lose that control, for just a little while. That had helped her in the past. It would help again.

Her shoulders relaxed as the plan blossomed in her mind. And, after a few moments, her left hand lifted. She was the one to touch Wade as she lightly skimmed her fingers over his cheek. “Don’t worry about me. I’m fine.”

His nostrils flared. “You don’t even see the threat, do you?”

There was no threat. Not with him. He was her friend, nothing more. Nothing less. So she was attracted to him. So—

“You’re playing with fire.” A muscle jerked in his jaw. “And you don’t even know it.”