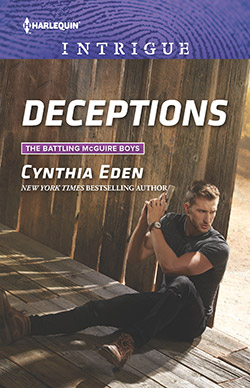 People called Elizabeth Snow wild, and once she was. Now she’s the straitlaced librarian with no interest in the wildest, sexiest McGuire…until she needs him to protect her from a murderous stalker. But former Delta Force Mac does more than protect—he quickly unleashes her untamed side again, taking their attraction to the furthest edge of desire!

Secrets from their pasts threaten Elizabeth and Mac—as much as”The Fixer,” who seems to know their every move as they hunt this monstrous killer. Can they trust each other enough to go forward? Or will a shocking truth prove fatal?