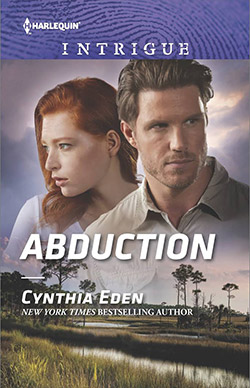 Once the town troublemaker, Sheriff Hayden Black became the teen hero who saved young Jillian West from a savage kidnapper. He never got over their brief affair. Now the ex-SEAL and the burned-out FBI agent have reunited in their Florida hometown and rediscovered their powerful attraction. But as they hunt down a long-forgotten killer, will they get a second chance at happiness? When a series of accidents begins to plague Jill, Hayden won’t let her fall victim again. There’s too much history between them…and too much desire.

“So what’s a hotshot FBI agent like you doing in a small town like this?” His index finger slid along her inner wrist, a careless caress.

Or maybe a very careful one. Even he wasn’t sure about that.

“Hiding.” And this time, her smile broke what was left of his heart. “Because I’m really not so much of a hotshot.” She looked down at their hands. “I’ve got too much blood on me.”

Alarm pulsed through him. “Jill?”

Another caress, a gentle touch right over her rapid pulse point, and his hand slid away from her.

“I need to head home,” she said, then seemed to catch herself. “Head to the cabin. I rented a place on the beach. The beach is supposed to be good for the soul, right?”

He wouldn’t know. The only thing that had ever been good for his soul…well, that was Jill. She’d changed him, though he didn’t think she realized just how much. He didn’t think Jill even realized how influential she’d been in his life.

Oh, baby, that could not be further from the truth.

She slipped by him and started walking toward the parking lot.

“Jillian West.” Her name pulled from him.

“We’re not kids any longer.”

Jill glanced over her shoulder. “I haven’t been a child since I was thirteen years old.”

No, she hadn’t been. He knew that. One terrible act had changed her world.

“I came back to Hope for many reasons,” Hayden said. Maybe she deserved that warning. “I didn’t expect to see you so soon.”

Ah, now that was just cold. “Do you ever think about us?”

She faced the front again. “I try not to.”

He took that hit straight on his heart. “Really? Because I pretty much think about you every single day.” Though the nights were the worst. When he’d been fighting, when he’d been in one hell after another, memories of Jill had always come to him at night.

But a memory wasn’t walking away from him right then. No memory, no ghost.

He’d watched her walk away before, but this time, things were going to be different. This time, he was fighting for Jill.

She just didn’t realize it yet.